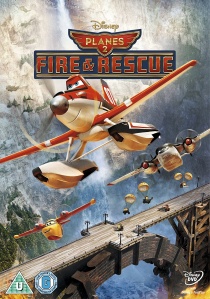 Disney's Planes are back in the high-flying comedy adventure Planes: Fire & Rescue, landing on Disney Blu-ray and DVD on 1st December 2014 with a host of additional extras.

DVD
A detective in a small Pennsylvania town investigates a local murder while trying to keep her life from falling apart in Mare of Easttown, released on DVD and Blu-ray 13th September 2021 from Warner ... END_OF_DOCUMENT_TOKEN_TO_BE_REPLACED
Top PicksView