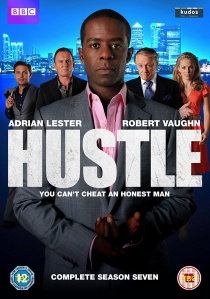 The con is on. The Hustle five piece are back and wilier than ever as they outmanoeuvre the most deviant of crooks in the slick and stylish major BBC drama Hustle Season 7 out on DVD 9th January 2012, courtesy of Warner Home Video. With the double crossing and scams spreading outside of London, the gang have to be one step ahead as they take on bigger marks than ever before in the latest season.

Hustle has established itself as one of BBC One's most successful and popular dramas and season seven doesn't disappoint with its razor sharp dialogue and fast paced plotlines. This series sees the expert con artists flirt with fashion's finest, take a gamble on a casino and follow an unsuspecting mark's crooked trail to Birmingham to give a female mark a new lease of live.

Hustle actor, Adrian Lester said {I}It's fantastic that this series includes an episode set in my home town of Birmingham. The greedy better hold on tight to their wallets!". With the stakes higher than ever, will the Hustle gang be able to stay at the top of their game? Find out as Hustle Season 7 comes to DVD on 9th January 2012. 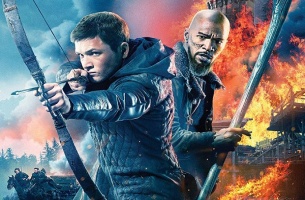