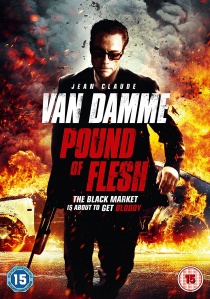 In China to donate his kidney to his dying niece, Deacon (Van damme), a former black-ops agent, awakes the day before the operation to find he is the latest victim of organ theft.

Stitched up, Deacon descends from his opulent hotel in search of his stolen kidney and carves a blood-soaked path through the darkest corners of the city - brothels, fight clubs, back-alley black markets, and elite billionaire estates. The clock is ticking for his niece and with each step he loses blood. Pound Of Flesh sees Van Damme back to what he does best - nonstop, hardcore action.

UHD
The surviving members of the resistance face the First Order once again, and the legendary conflict between the Jedi and the Sith reaches its peak as Star Wars: The Rise of Skywalker is released on ... END_OF_DOCUMENT_TOKEN_TO_BE_REPLACED
Top PicksView