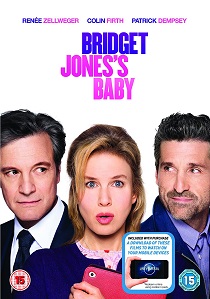 Renée Zellweger (Jerry Maguire, Chicago) reprises her Oscar®-nominated role as the lovable Bridget Jones, who now finds herself with one little bump and one big question in the delightfully endearing and witty Bridget Jones's Baby, arriving on Blu-ray and DVD on 30th January 2017 from Universal Pictures (UK).

The third installment in the Bridget Jones series follows forty-something Bridget as she embraces a new decade in her life, confronts her past with a charismatic old love, and finds new romance using her signature quirk and humor. Chock full of funny and feel-good moments, Bridget Jones's Baby features nearly forty minutes of hysterical and nostalgic bonus features on the Blu-rayT and DVD including a gag-reel, alternate ending, deleted scenes and more!

Oscar® winners Renée Zellweger and Colin Firth (Love Actually, The King's Speech) are joined by Patrick Dempsey (TV's Grey's Anatomy, Made of Honor) for the much-anticipated next chapter of the world's favourite singleton. Forty-something and single again after breaking up with Mark Darcy (Firth), Bridget decides to focus on her job and surround herself with old friends and new. But her love life takes a turn when she meets a dashing American named Jack (Dempsey), the suitor who is everything Mr. Darcy is not. In an unlikely twist, Bridget finds herself pregnant, but with one hitch... she can only be fifty percent sure of the identity of her baby's father. 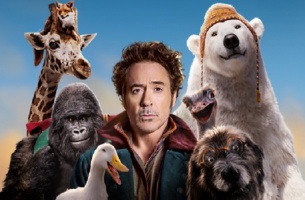 HotDVDBDUHD
Robert Downey Jr. electrifies one of literature's most enduring characters in a vivid reimagining of the classic tale of the man who could talk to animals: Dolittle, released on DVD, Blu-ray and 4K UHD 15th June 2020 by Universal Pictures (UK). END_OF_DOCUMENT_TOKEN_TO_BE_REPLACED
Comments
DVD Releases News Pick