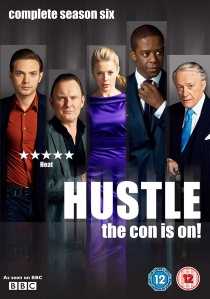 NewsTV SeriesDramaBBC
News Article Go back to homepage
The Hustle gang are back in business and ready to take each and every cheat, liar or criminal for all they've got in Season 6 of the major BBC One drama, out on DVD 10th January 2011 from Warner Home Video.
Adrian Lester, Robert Pugh, Robert Vaughn, Jaime Murray, Robert Glenister, Marc Warren
Bharat Nalluri
Tony Jordan, Jane Featherstone, Simon Crawford Collins, Alison Barnett
Warner Home Video
Unknown
10/01/2011
Thank you for supporting DVD365.net when you order using the link(s) below. As an Amazon Associate we earn from qualifying purchases
Buy DVD
Information

The Hustle gang are back in business and ready to take each and every cheat, liar or criminal for all they've got in Season 6 of the major BBC One drama, out on DVD 10th January 2011 from Warner Home Video.

From scandal hit MP's to fat-cat bankers, there are plenty of marks for the team to target in the sixth season, due for release during the transmission of BBC One's Season 7 in 2011. Hustle has proven to be one of BBC One's most successful and popular dramas and season six delivers more twists and turns, tension and sharper dialogue than ever.

Also returning are brother and sister duo, Sean and Emma Kennedy (Matt Di Angelo, EastEnders and Kelly Adams, Holby City), who after being tutored in the art of the con are now fully fledged members of this outstanding group of grifters.

Season 6 sees more elaborate cons than ever with Emma (Kelly Adams) posing as pop princess Kylie, the theft of a Van Gogh painting as well as a life-sized gold tiger. However, plans soon fall into disarray and the gang are left in shock as the unthinkable happens; the group's leader and 'inside man' Mickey gets conned! But this being Hustle, things are never quite what they seem! 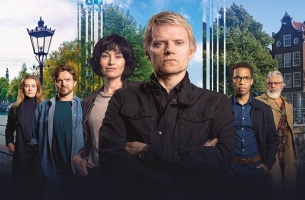 DVD
For the first time in the cinematic history of Spider-Man, our friendly neighborhood hero's identity is revealed in Spider-Man: No Way Home, released on DVD, Blu-ray and 4K UHD 4th April 2022 from Sony Pictures Home ... END_OF_DOCUMENT_TOKEN_TO_BE_REPLACED
Top PicksView