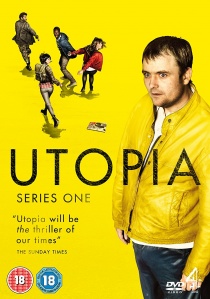 Brought to you by Dennis Kelly (Pulling, Matilda) Utopia is an enigmatic thriller which centres around The Utopia Experiments, a legendary graphic novel shrouded in mystery. Utopia is available to own on DVD and Blu-Ray from 11th March 2013 courtesy of Channel 4 DVD.

When a small group of previously unconnected people find themselves in possession of an original manuscript of the fabled book, their lives suddenly and brutally implode. Relentlessly pursued by a shadowy unit called The Network, who will stop at nothing to keep its origin and meaning secret. When help appears to come in the form of the mysterious Jessica Hyde, who promises to keep them safe, what choice is there but to believe her?

Utopia is a testament to Kelly's ability to combine humor and wit with intelligence and brutality. Utopia will excite, intrigue, shock and will leave you wanting more! Watch the compelling conspiracy unfold with this must have DVD, available to own on DVD and Blu-Ray from 11th March 2013. 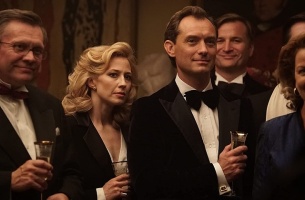