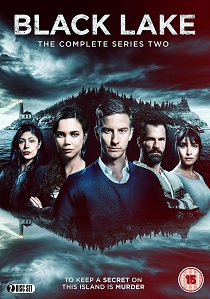 A small tourist cruiser on the Stockholm archipelago drops a motley array of people on an apparently deserted island. The island is called Kallskär and it has a dark history. This is where cholera patients were transported in the 19th century, refugees from the Baltic states were held there during the war, and then troublesome delinquents in the 1970s.

The island with its dramatic shoreline has always been a fated place dealing in matters of life and death, and now it is the headquarters for life coach Uno Leijon, where he runs a treatment centre for addicts. He works on the premise of 'breaking down and building back up'. For two weeks lost souls have to endure his methods, without any possibility of them leaving the island.

Johan, Minnie, Vincent, Oscar, Isabell and Amina have different reasons for being there. A trying time awaits them, both physically and mentally. And the dramatic past of the island makes its presence felt. As the course of treatment starts to fall apart for the participants, an old murder mystery is brought to light. Is history about to repeat itself?

DVD
The end of the line is only the beginning in a wild, non-stop thrill ride through modern-day Japan as Bullet Train is released on DVD, Blu-ray and 4K UHD 24th October 2022 from Sony Pictures Home Entertainment END_OF_DOCUMENT_TOKEN_TO_BE_REPLACED
Top PicksView