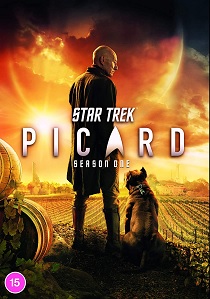 14 years after Captain Jean-Luc Picard retired from Starfleet, Patrick Stewart is back to reprise his iconic role as Star Trek Picard: Season 1 arrives on DVD and Blu-ray 25th January 2021 from Paramount Home Entertainment.

After the destruction of the Planet Romulus, we follow Picard as he tracks down a series of mysteries about his past.

BD
Now more stunning than ever before, return to the stunning locations and epic adventures in Peter Jackson's Middle-earth in The Lord of the Rings Trilogy, arriving on stunning 4K UHD 30th November ... END_OF_DOCUMENT_TOKEN_TO_BE_REPLACED
Hot PicksView