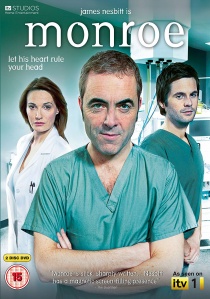 At work, Monroe, possesses the courage, the skill and the genius to perform cutting-edge brain surgery but at home the story is rather different - he's a passenger, afraid to admit that his life is falling apart. Burdened with a difficult balancing act between his personal life and the constant emergencies that bring patients to his door, Monroe promises complex characters, witty interplay and dramatic emotional stories.

With a strong supporting cast including Sarah Parish (Mistresses, Cutting It) as cardiac surgeon Jenny Bremner and Tom Riley (Bouquet of Barbed Wire, Lost in Austen) as anaesthetist Dr Laurence Shepherd, Monroe eclipses conventional hospital dramas to focus on how intense situations can create among strangers an unexpected aftermath of reluctant, dysfunctional unities joined by hope, fear and grief.