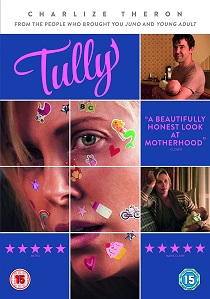 A mother of three finds a saviour in the form of a night nanny and the two develop a special connection in the honest, fun and gripping film, Tully, released on DVD 27th August 2018 from Universal Pictures (UK).

Tully follows Marlo (Theron), a mother of three including a newborn, who is gifted a night nanny by her brother (Duplass). Hesitant to the extravagance at first, Marlo comes to form a unique bond with the thoughtful, surprising, and sometimes challenging young nanny named Tully (Davis).

Filled with uplifting and hilarious moments, Tully showcases the ups and downs of motherhood and includes a special bonus featurette that takes viewers deep into the unique relationships between the film's characters and its insightful story. 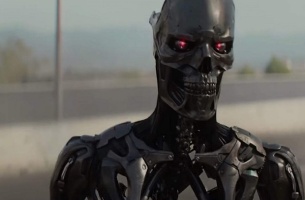 HotDVDBDUHDDIGITAL
An augmented human and Sarah Connor must stop an advanced liquid Terminator, from hunting down a young girl, whose fate is critical to the human race in Terminator: Dark Fate, arriving on 4K Ultra HD, Blu-ray, and DVD 2nd March 2020 from Twentieth Century Fox Home ... END_OF_DOCUMENT_TOKEN_TO_BE_REPLACED
Comments
Hot Pick

HotDVDBD
From the producers of Nobody and John Wick comes a bare-knuckle, coal-dark holiday action-comedy that says you should always bet on red as Violent Night sledges in on DVD and Blu-ray 6th March 2023 from Warner Home Video. END_OF_DOCUMENT_TOKEN_TO_BE_REPLACED
Top PicksView