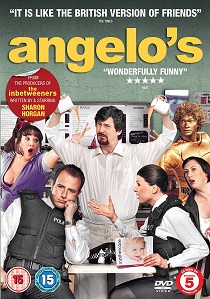 NewsTV SeriesComedy
News Article Go back to homepage
From the producers of The Inbetweeners and written by Sharon Horgan, the critically-acclaimed Angelo's, out to own on DVD on 11th July 2011 from 4DVD, is a comedy sitcom starring Miranda Hart and Sharon Horgan along with a stellar cast of comedy favourites!
Simon Farnaby, Paul Garner, Sharon Horgan, Alice Lowe, Shelley Longworth, Steve Brody
Chloe Thomas
Graham Smith, Damon Beesley
4DVD
Unknown
11/07/2011
Thank you for supporting DVD365.net when you order using the link(s) below. As an Amazon Associate we earn from qualifying purchases
Buy DVD
Information

From the producers of The Inbetweeners and written by Sharon Horgan (Pulling, Annually Retentive), Angelo's is out to own on DVD on 11th July 2011 from 4DVD.

The critically-acclaimed Angelo's is a comedy sitcom starring Miranda Hart and Sharon Horgan along with a stellar cast of comedy favourites! Set in a greasy spoon cafe based in London's bustling Trafalgar Square amongst the grandeur of Whitehall and the sex shops of sleazy Soho, the show brings together a hilarious hybrid of surreal comedy characters!

Heading up the gang is Italian cafe owner Angelo (Steve Brody) who has an intolerance for foreigners, especially tourists that spend all day sitting around drinking 'one cup of coffee'. Angelo is assisted by his X Factor wannabe daughter, Maria (Shelly Longworth) and never far behind her is her best friend Alicia (Alice Lowe) who constantly undermines her in a bid to steal her boyfriend!

One of the cafe's customers is Shelley (Miranda Hart), the man-hungry mini cab driver who is saving her virginity for Mr Right. Sharon Horgan has not only written the show but she also stars as a police officer who is desperate for a baby, so desperate in fact that if her PC husband Dave (Paul Garner) isn't up for the task she'll happily take up the offer from his sleazy brother Kevin (Paul Kaye). Then there's Kris (Simon Farnaby), a mime artist who dresses as a gold robot to entertain the tourists and unemployed Russell (Kim Wall), who spends every day in Angelo's searching for a new job before his wife finds out that he has been made redundant...

Angelo's is a warm hearted and subtle comedy which brings together an array of amusing and perfectly crafted characters whose lives intertwine with hilariously off the wall consequences! 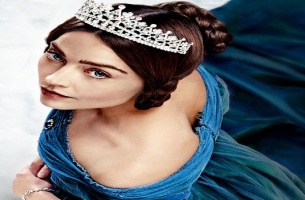 UHD
In Disney's Mulan, released on DVD, Blu-ray and 4K UHD 10th November 2020, a fearless young woman risks everything out of love for her family and her country to become one of the greatest warriors China has ever known. END_OF_DOCUMENT_TOKEN_TO_BE_REPLACED
Top PicksView