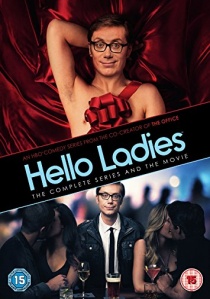 From the creators of The Office, Extras and Bad Teacher comes the hilarious comedy Hello Ladies : Season One, available DVD from 25th May 2015 courtesy of HBO UK Home Entertainment. It is also available now to download digitally through various digital platforms.

Stephen Merchant (The Office, Extras) takes the helm in his first starring role alongside Nate Torrence (Get Smart, She's Out of My League), Christine Wood (FlashForward, Perfect Couples) and Kevin Weisman (Gone in 60 Seconds, Flipped), in this cringe-worthy and brilliant comedy.

Hello Ladies follows a bumbling Englishman who heads to L.A. in an attempt to find the woman of his dreams. However, Stuart (Merchant) is a web designer who is half as charming as he thinks he is and twice as desperate. Working out of his home office where he lives with his attractive roommate Jessica (Woods), Stuart is obsessed with infiltrating the glamorous world of the L.A. social scene and its most desirable locales, but his cheapness and pettiness often lands him on the outside.

Joining him in his quest for beautiful women are pals Wade (Torrence), who is in the midst of a divorce, and Kives (Weisman), a charismatic paraplegic who fares far better with the ladies than either of his friends.

Special features include a bonus disc of Hello Ladies: The Movie, following Stuart through even more hilarious dating disasters around Los Angeles. 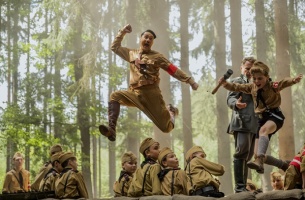