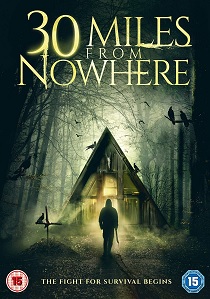 After the death of their old college pal Max, five friends and one new girlfriend descend upon the Wisconsin summer cabin they used to frequent in their youth. They're picked up from the airport by Max's widow, Sylvia, who confesses that Max, a psychology professor at the nearby university, had been fired after a study of his fell tragically apart. Sylvia, once an aspiring documentarian, tells them that Max spiraled, ultimately taking his own life. But in his final message, he had asked for his old college pals, the 'closest thing to family he ever had', and so they returned to pay their respects.

Now in their 40s, with most of their friendships barely intact, they gather at the cabin to honour their former friend, each of them with relationship baggage when it comes to Max and to one another, and each of them with a reason to cut and run. It doesn't take long for old chemistry to re-spark and for old wounds to re-open, but their ever-present hostess is eager to make them feel at home.

They're greeted by a mangled, bloody rat in the guest house kitchen upon arrival, and things continue downhill from there. The creep factor at Chez Lehmann is high, with a thumping in the crawl space, blood spurting from the pipes, and Max's mother drifting around the property in a nightgown.

To make matters worse, an incoming storm makes the roads impassable, and an exit impossible before daybreak. Friendships that were fraught in college begin to crack and collapse in the face of fear. And when a dead man starts appearing at the house, they begin to wonder who they buried, if not their friend, and find themselves faced with the ultimate human dilemma, to kill or be killed, in order to make it to morning.

30 Miles from Nowhere is released on DVD 27th May 2019 from Universal Pictures (UK).

BD
From the Wachowski brothers and Joel Silver, the masterminds behind The Matrix trilogy, comes another intriguing, action-packed fantasy-thriller in V for Vendetta, released on 4K UHD 2nd November 2020 ... END_OF_DOCUMENT_TOKEN_TO_BE_REPLACED
Hot PicksView