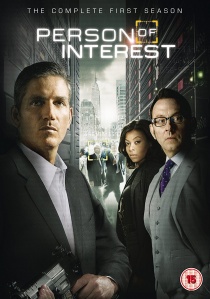 What if you could prevent a violent crime from happening before it ever occurred? That's the underlying premise of Person of Interest, one of television's most compelling, action-packed crime dramas, set to make its debut on DVD and Blu-ray on 18th March 2013 from Warner Home Video.

Person of Interest: The Complete First Season will include 23 one-hour episodes from the show's thrilling debut season, plus nearly two hours of bonus features - including the original broadcast pilot with producer commentary, an extended (unaired) pilot with producer commentary, a gag reel and the exclusive featurette Living in an Age of Surveillance.

Secretly tapping into the U.S. Government's all-seeing, pattern-recognition software - "The Machine" developed by Finch to identify impending acts of terrorism - Reese and Finch hone in on an ordinary "person of interest" who will soon be involved in a violent crime. Using state-of-the-art technology and vigilante tactics, Reese and Finch set out to solve the mystery of the impending crime... before it happens.