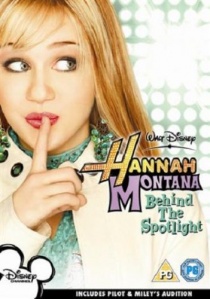 News Article Go back to homepage
Girls get ready to rock-two of the hottest tween TV properties are heading to the DVD aisle soon. The Disney Channel's Queen of Tween, Hannah Montana, and the cheetah-licious Cheetah Girls will be available to own on Disney DVD for the first time ever on 26th March 2007.
Walt Disney Home Entertainment
Unknown
26/03/2007
Buy BD
Information

Girls get ready to rock-two of the hottest tween TV properties are heading to the DVD aisle soon. The Disney Channel's Queen of Tween, Hannah Montana, and the cheetah-licious Cheetah Girls will be available to own on Disney DVD for the first time ever on 26th March 2007.

Hot on the heels of the record-breaking TV movie High School Musical comes the latest smash hit from the Disney Channel, Hannah Montana. After winning over fans with a mix of playful antics, fresh and funky fashions and phenomenal music the show is finally available to own on Disney DVD featuring four action-packed episodes including the original pilot. Hot young star Miley Cyrus (daughter of country rocker Billy-Ray Cyrus) takes the title role as the 'girl next door' who lives a double life as a glamorous superstar.

Miley hides her true pop star identity as Hannah Montana so that she can be treated like any other tween at school. Exciting adventures ensue as she switches between a fashionable world of fame and fortune to swotting up for her school exams and teenage crushes.

Alongside Miley stars her real-life dad Billy-Ray as her manager and rising tween sensation Emily Osment as her larger-than-life friend Lilly. Jason Earles plays Miley's love interest and friend Oliver. Loaded with DVD bonus features, fans will be able to feast their eyes on a never-before-seen episode and a chance to get closer to Miley with an exclusive interview on 'Following Your Dreams', where she reveals her top secrets on how to live the rock star life.

If Hannah Montana is about girl power, The Cheetah Girls introduces 'grrrowl power'. The Cheetah Girls are four New York City teens - Raven, Adrienne, Kiely, and Sabrina - who early on decide they are destined for stardom. Following their dreams, they do everything possible to search for a big music deal.

Tweens everywhere will love unleashing the cheetah girl growling inside them as they follow the rocking foursome taking the world by storm with their music. Show-stopping tunes and roars of laughter are guaranteed along the way and, after the fun is over, girls will get to pounce on the purr-fect DVD extras including an alternative ending and an exclusive behind the scenes look at how the show is made.

BD
Released on DVD and Blu-ray 27th July 2020 from Dazzler Media, created by visionary award-winning filmmaker of The Raid, Gangs of London takes audiences on an immersive journey into the hidden heart ... END_OF_DOCUMENT_TOKEN_TO_BE_REPLACED
Hot PicksView