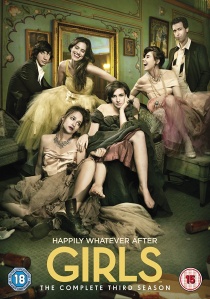 Courtesy of HBO Home Entertainment, the Primetime Emmy® and Golden Globe® Award-winning Girls: The Complete Third Season, starring and created by Lena Dunham and executive produced by Judd Apatow and Jennifer Konner, is out on Blu-ray and DVD on 12th January 2015 and is also available to watch instantly on digital download now.

Filled with awkward road trips, sexual role-playing, hilarious dance routines and even more laugh-out-loud moments, we continue to follow the Girls and their ever more ridiculous life choices as Girls: The Complete Third Season returns to the small screen.

In Season 3 of the show, Hannah (Lena Dunham) is now in a committed relationship with Adam (Adam Driver), and the two are settling into a newfound domesticity in Hannah's apartment. Hannah's working on rehabilitating her writing career and concentrating on delivering her e-book - until tragedy strikes and she is forced to take a new direction with her writing at GQ Magazine. Luck, however, is on Adam's side as he finds himself the star of an off-Broadway production - but how will Hannah deal with his newfound success?

Ever uptight Marnie (Alison Williams) is meticulously working to achieve the life she feels she deserves, as she tries to move on from her break-up with ex Charlie and the embarrassment of a YouTube video that surfaces. She finds solace in the unlikeliest of men as she grows closer to coffee shop manager, and Shoshanna's ex, Ray Ploshansky (Alex Karpovsky).

Nearing graduation, newly single Shosanna (Zosia Mamet) is masterminding a plan to create a healthy (at least on paper) balance between partying and studies while also helping Jessa out of rehab. Jessa (Jemima Kirke) continues her streak of disrupting the lives of others as she befriends her cocaine-addicted rehab buddy Jasper (played by the hilarious Richard E. Grant) as she tries to get her life on track in the City.

Girls: The Complete Third Season and The Complete Seasons 1-3 Boxset features a range of all-star cameos with Brit favourite Felicity Jones making an appearance as Jasper's long lost daughter Dot and fashion aficionado Jenna Lyons as Hannah's boss at GQ. The third season reveals a slightly more mature and serious side to the girls that we haven't seen before; making it all the more addictive and even more charming. 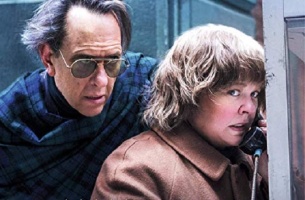 Can You Ever Forgive Me?

HotDVD
In Can You Ever Forgive Me?, released on DVD 3rd June 2019 from Twentieth Century Fox Home Entertainment, when Lee Israel falls out of step with current tastes, she turns her art form to deception. END_OF_DOCUMENT_TOKEN_TO_BE_REPLACED
Comments
UHD Releases News Pick