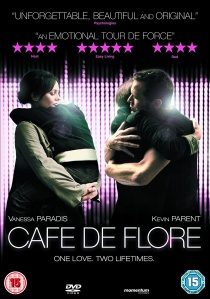 This romantic story delving into the meaning of love and the emotional constraints of mending a broken heart is directed by Jean-Marc Vallée (The Young Victoria, C.R.A.Z.Y) and stars singing and acting sensation Vanessa Paradis (Heartbreaker, The Key), who impressed critics by dispensing with the glamour to own her challenging role. Kevin Parent makes his feature debut alongside Hélène Florent (My Daughter, My Angel) and Evelyne Brochu (Polytechnique).

Boasting an outstanding soundtrack that includes a number of tracks from Pink Floyd, The Cure, Sigur Ros and Adele, coupled with stunning cinematography capturing some of the most beautiful neighbourhoods in Paris, the mood is set for this visually striking and touching piece of cinema that critics have hailed as one of the best films of the year and secured three Genie awards in Canada.

Jacqueline (Paradis) is a young mother living in 1960s Paris with her disabled son Laurent. Abandoned by her husband, Jacqueline sacrifices everything to care for her son and vows to give Laurent a normal life full of happiness.

Antoine (Parent) is a successful DJ in present day Montreal who seems to have it all: a thriving career, two beautiful daughters, partner Rose, with whom he is passionately in love. However, nothing is perfect and Antoine's ex-wife Carole remains devastated by their recent separation.

Café De Flore is an epic love story that chronicles the parallel fates of Jacqueline and Antoine and how two separate and extraordinary moments of passion can shake their lives across time.

UHD
You ever hear the one about the cop, the blonde, the psycho and the mafia princess? Birds Of Prey And the Fantabulous Emancipation of One Harley Quinn, coming to DVD, Blu-ray and 4K UHD 20th June 2020 ... END_OF_DOCUMENT_TOKEN_TO_BE_REPLACED
Hot PicksView