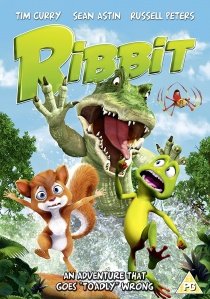 Fun new animated family film Ribbit is out to own on DVD and 3D Blu-ray from 30th March 2015 from Lionsgate Home Entertainment, featuring the voice talents of Tim Curry (Legend) and Sean Astin (The Lord of The Rings) and a colourful journey into the jungle that kids won't want to miss.

Ribbit is a frog with an identity crisis. Unlike other frogs, he hates hopping and he hates water! Along with his best friend, Sandy the flying squirrel, he embarks on a soul-searching journey to find of his rightful place in the world, encountering a variety of colourful characters - both friend and foe - along the way.

But when Ribbit is hypnotised, tricked into believing that he is a human prince trapped in a frog's body, he sets off on a new mission: to kiss a human princess. Not only does he soon discover that being a frog is not that bad after all, but also that the love of his life has always been right before his very eyes... 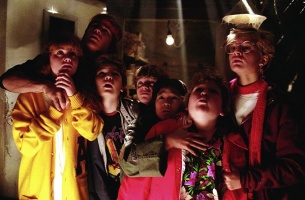