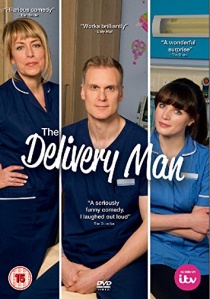 From the director and writers of Green Wing and Smack the Pony, The Delivery Man is a brilliant new sitcom about a policeman-turned-midwife. This hilarious six-part series arrives on DVD on 20th July 2015 courtesy of RLJ Entertainment's Acorn label, following its hugely successful run on ITV earlier in the year.

Newly qualified midwife Matthew Bunting (Darren Boyd - Spy, Green Wing) is experiencing a kind of re-birth, having given up his life as a police constable in his mid 30s in the hope of finding something more meaningful.

Paddy McGuinness (Take Me Out) stars as Matthew's former police buddy Ian who gets suspended from the force and lands a job in hospital security, while his nemesis comes in the shape of senior consultant obstetrician Luke Edward (Alex Macqueen - The Inbetweeners).

With teenage parents, a 'double dad' who has two partners in labour, a pregnant prisoner on release, an incognito celebrity, a major theft from the drugs cupboard and an abandoned baby, Matthew certainly has his hands full in this fish-out-of-water comedy, The Delivery Man. 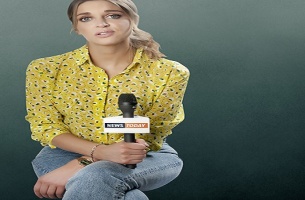 HotDVDBD3D-BDUHD
The producers of Godzilla reimagine the origins of one the most powerful monster myths of all in Kong: Skull Island, released on DVD, Blu-ray, 3D Blu-ray and UHD on 24th July 2017 from Warner Home Video. END_OF_DOCUMENT_TOKEN_TO_BE_REPLACED
Top PicksView