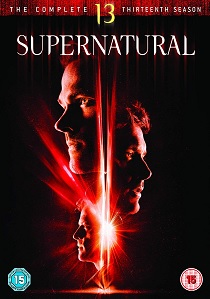 The thrilling and terrifying journey of the Winchester brothers continues as Supernatural enters its 13th season. Sam (series star Jared Padalecki) and Dean (series star Jensen Ackles) have spent their lives on the road, battling every kind of supernatural threat.

Over the years, after countless bloody adventures, they have faced everything from the yellow-eyed demon that killed their mother to vampires, ghosts, shapeshifters, angels and fallen gods. With the help of allies - both human and supernatural - they've discovered that every victory comes with a price.

In the series' twelfth season, the Winchesters were reunited with their long-dead mother, Mary Winchester (recurring guest star Samantha Smith), and joined forces with the British arm of the Men of Letters.

But things turned from bad to worse, with the return of Lucifer (new series regular Mark Pellegrino) and the surprising revelation that the Devil is expecting a child. Now, Sam and Dean find themselves facing a creature of almost unimaginable power... one that could save the world... or destroy it.

UHD
In Yesterday, released on DVD, Blu-ray and 4K UHD 4th November 2019 from Universal Pictures (UK), a struggling musician realises he's the only person on Earth who can remember The Beatles after waking ... END_OF_DOCUMENT_TOKEN_TO_BE_REPLACED
Hot PicksView