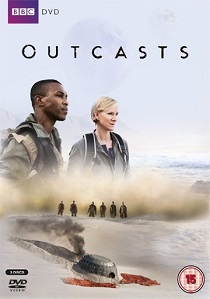 Outcasts, released on DVD on Blu-Ray by 2entertain on {b]4th April 2011, is a gripping, fast-paced and epic drama about a group of courageous pioneers who face a unique opportunity: the chance to build a new and better future on another planet.

Amid growing fears for the future of Earth, a fleet of anti-matter transporters departs for a newly discovered, life-supporting planet in a distant galaxy. Some arrive safely, then they stop coming altogether. Those on board who survived had one simple objective: to build a safe new home on this planet: Carpathia.

A diverse group of individuals - led by President Tate (Liam Cunningham - Harry Brown) and his core team of Stella (Hermione Norris - Spooks), Cass (Daniel Mays - Ashes To Ashes) and Fleur (Amy Mason - Being Human) - left their old lives behind in extraordinary circumstances. Promised a second chance at life, the group settled alongside expeditionaries Mitchell (Jamie Bamber - Law and Order) and Jack (Ashley Waters - Bullet Boy) creating a society, far away from their home, friends, family... and their pasts.

Years later, having built the town of Forthaven, they are passionate about their jobs, confident of their ideals and optimistic about the future. They work hard to preserve what they've built on this planet they now call home, having embraced all the challenges that come with forging a new beginning.

As they continue to work and live together they come to realise this is no ordinary planet... Mystery lurks around them and threatens to shatter the fragile peace of Forthaven. They've lost all contact with Earth but the arrival of the last known transporter signals fresh hopes and dreams. Will Stella's husband and daughter, who she heartbreakingly left behind, be on board? Why does Tate seem anxious about one particular passenger, Julius Berger? Most nerve-wracking of all, will it land safely and bring a fresh perspective on the new world with it?

Full of surprises, Outcasts features a cast of established actors and dynamic young stars and seeks an answer to the critical question: how do you create a new and better world? 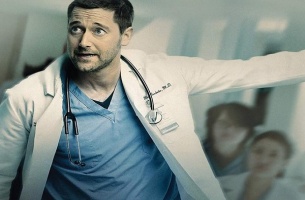 BD
When an alien spacecraft of enormous power is spotted approaching Earth, Admiral James T. Kirk resumes command of the USS Enterprise in order to intercept it, in the ... END_OF_DOCUMENT_TOKEN_TO_BE_REPLACED
Top PicksView