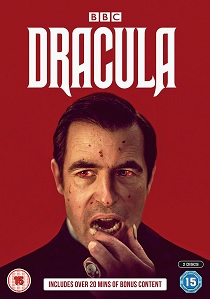 1897. English lawyer Jonathan Harker travels to Transylvania to meet a new client - and a legend is about to get fresh blood... From the snow-capped Carpathians to a death-haunted ship to the beating heart of London, the makers of Sherlock bring you a brand new take on the most famous vampire of them all: the magnificent, brooding, deliciously deadly Count Dracula.

Three feature length episodes will re-introduce the world to Dracula, the vampire who made evil sexy.

Dracula is released on DVD and Blu-ray 3rd February 2020 from BBC Worldwide.

BD
In The Little Things, released on DVD and Blu-ray 10th May 2021 from Warner Home Video, Kern County Deputy Sheriff Joe "Deke" Deacon is sent to Los Angeles for what should have been a quick evidence ... END_OF_DOCUMENT_TOKEN_TO_BE_REPLACED
Top PicksView