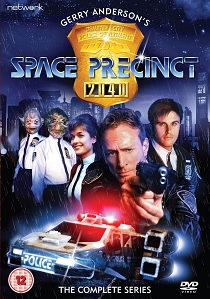 Gerry Anderson, the hugely influential creator of UFO and Space: 1999, made a spectacular return to television in the early 1990s with Space Precinct - an exciting new series that mixed live action drama with state-of-the-art prosthetics and animatronics to give a police procedural with a definite twist!

When a veteran New York cop transfers to a new precinct the Demeter City Police Department on the planet Altor he discovers the hard way that a life of crime is not a purely human pursuit! Ted Shackleford stars as Lieutenant Patrick Brogan, alongside Rob Youngblood and Simone Bendix as fellow officers who try their best to maintain law and order amongst the melting pot of different alien races.

Space Precinct: The Complete Series is released on DVD 26th November 2018 from Network. 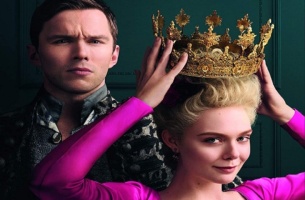 HotDVDTVBoxset
A royal woman living in rural Russia during the 18th century is forced to choose between her own personal happiness and the future of Russia, when she marries an Emperor in The Great: Season 1, released on DVD 8th March 2021 from Paramount Home Entertainment. END_OF_DOCUMENT_TOKEN_TO_BE_REPLACED
Comments
UHD Releases News Pick