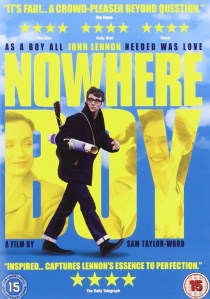 The film perfectly captures the essence of John Lennon's teenage years and his introduction to music from first band The Quarrymen - to his early relationship with Paul McCartney and George Harrison, all of which culminates in the formation of The Beatles and their historic trip to Hamburg.

A member of the Young British Artists movement, Sam Taylor-Wood is an established conceptualist artist whose work includes photography and cinema. In 1997 she was nominated for the Turner Prize and won the Illy Café Prize for Most Promising Young Artist at the 47th Venice Biennale. Nowhere Boyis her first full-length feature as a film director.

The film chronicles Lennon's life from 1955, when he was a rebellious 15-year-old living in stifling suburbia with his Aunt Mimi (Kristin Scott Thomas) and his emotional relationship with his estranged mother (Anne Marie Duff), Nowhere Boydelves into the early days of his music career and ends with his departure for Hamburg with fellow Beatles, Paul McCartney and George Harrison.

Put together with the blessing of Lennon's widow Yoko Ono, Nowhere Boyhas received praise from all corners of the music and film community, coming together in what GQ Magazine hails as "The greatest music movie of the decade".

The DVD & Blu-ray edition of Nowhere Boy will make a worthy addition to any dedicated Beatles or John Lennon collection and is a must for anyone who is interested in the history of the rock'n'roll. Peter Nash of the British Beatles Fan Club magazine says of the film -"remarkableby far the most authentic Beatles or music-related biopic ever made". 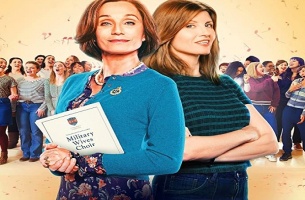 HotDVDBDDIGITAL
Based on an inspirational true story of friendship, love, and support on the home front, Military Wives is released on DVD and Blu-ray 6th July 2020 from Lionsgate Home Entertainment. END_OF_DOCUMENT_TOKEN_TO_BE_REPLACED
Comments
UHD Releases News Pick