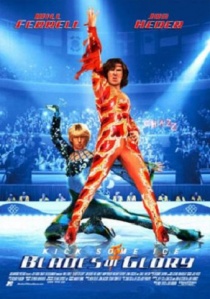 NewsComedy
News Article Go back to homepage
When rival figure skaters go ballistic at the World Championships, they are stripped of their gold medals and banned from the sport for life. Will Ferrell and Jon Heder are at their comedic best in Blades Of Glory skating onto DVD on 6th August 2007 from Paramount Home Entertainment.
William Fichtner, Jenna Fischer, Amy Poehler, Will Arnett, Jon Heder, Will Ferrell
Will Speck, Josh Gordon
Marty P. Ewing, Patrick Esposito, Stuart Cornfeld, Lara Breay
Paramount Home Entertainment
1 hour 33 minutes
06/08/2007
Thank you for supporting DVD365.net when you order using the link(s) below. As an Amazon Associate we earn from qualifying purchases
Buy DVD
Information

Will Ferrell (Anchorman) and Jon Heder (Napoleon Dynamite) are at their comedic best in the hysterical parody Blades Of Glory skating onto DVD on 6th August 2007 from Paramount Home Entertainment. When rival figure skaters Chazz Michael Michaels (Will Ferrell) and Jimmy MacElroy (Jon Heder) go ballistic in an embarrassing, no-holds-barred fight at the World Championships, they are stripped of their gold medals and banned from the sport for life. Now, three-and-a-half years on, they've found a loophole that will allow them to compete: if they can put aside their differences, they can skate together 'in pairs' figure skating!

The sensational send-up of the world of professional figure skating is hilarious with its laugh-out-loud story of rival skaters forced to compete together as a team in order to return to the ice. The sublimely hilarious film also stars Will Arnett (Arrested Development), Amy Poehler (Shrek the Third), Jenna Fischer (The Office) and Craig T. Nelson (The Family Stone) and features appearances by real-life skating stars Scott Hamilton and Nancy Kerrigan among others.

The Blades Of Glory DVD features an avalanche of bonus material including Return to Glory: The Making of Blades, Celebrities on Thin Ice, Cooler Than Ice: The Super-Sexy Costumes of Skating, Arnett & Poehler: A Family Affair, 20 Questions with Scott Hamilton, Hector: Portrait of a Psychofan, Deleted scenes, Gag reel, Alternate takes, a Music video and more.

Released by Paramount Home Entertainment with a host of super-cool extras, Blades Of Glory will have everyone laughing hysterically and quoting the classic one liners such as: "No one knows what it means, but it's provocative..." and: "Personal philosophy? Clothing optional." 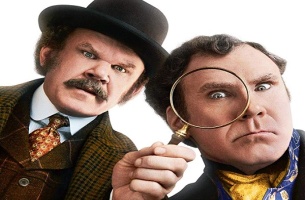