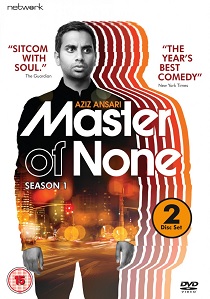 Created by Aziz Ansari and Alan Yang, Master of None became an immediate global hit on Netflix, was named "the year's best comedy" by the New York Times and has won numerous awards and nominations - including an Emmy for Outstanding Writing in a Comedy Series and a Golden Globe for Ansari's performance as Dev Shah.

Dev is a 30 year-old actor, living in New York City. His life goes by in a humorous, yet meaningful sequence of events. Everything he does is usually related to hanging out with his three friends, finding a relationship, or getting ahead in his career.

DVD
In Brian And Charles, released on DVD and Blu-ray 10th October 2022 from Mediumrare, an inventor lives alone in a remote village in the countryside, inventing useless things out of found objects in his garage. That is until ... END_OF_DOCUMENT_TOKEN_TO_BE_REPLACED
Top PicksView