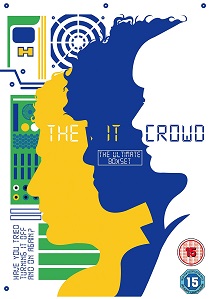 The IT Crowd: The Ultimate Boxset, released on DVD on 12th December 2016 from BBC Worldwide, includes Versions 1.0 - 4.0 of the International Emmy Award-winning sitcom, as well as special finale episode The Internet Is Coming!.

They are IT: basement denizens, banished from the upper floors of Reynholm Industries by unhinged CEO Denholm Reynholm. But at least they have each other. Computer whiz Moss (Richard Ayoade) is all brains and social awkwardness, while his Irish co-worker, Roy (Chris O'Dowd) just tries to coast through the day. Their mutual goal is to fend off as many work requests as possible and stay unnoticed. Jen (Katherine Parkinson) has other ideas: after lying on her CV she has been sent to run IT, but too bad she doesn't know a keyboard from a mouse.

Together they make a wreck of both their careers and their social lives and explore the darkest mysteries of Reynholm Industries. What does the company actually do or produce? What lurks behind the ominous looking battered red door in the basement? Is there any perversion the boss' son won't try? And most importantly, how long till one of them screws up badly enough to get fired? 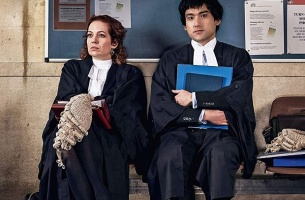 BD
Tom Hardy returns as the lethal protector Venom, one of Marvel's greatest and most complex characters in Venom: Let There Be Carnage, available on 4K Ultra HD, Blu-ray and DVD on 3rd January 2022 from Sony Pictures Home ... END_OF_DOCUMENT_TOKEN_TO_BE_REPLACED
Top PicksView