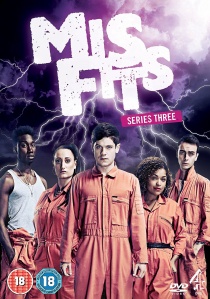 New kid on the block, Rudy (Joseph Gilgun) joins the rest of the resident Misfits gang as the 3rd series of smash hit Misfits is released on DVD on 26th December 2011 from 4DVD.

The first episode sees Rudy getting a rude awakening in his first few days of community service, learning that with the keys to the infamous locker room comes a great deal of running, screaming and, in some cases killing! But more pressingly, how will he keep his superpower a secret and just how super is it? Following on from the Christmas special, catch up with the rest of the gang and find out how the trade-off with Seth (Matthew McNulty) the superpower dealer went down. Will any of their new powers actually prove to be halfway useful?

With Simon in training to become Superhoodie, zombie-cheerleaders on the loose and even more outrageous villains wreaking havoc in both the past and present, things certainly haven't got any quieter for our Misfits!

Re-enter the intriguing and exciting mind of talented writer, Howard Overman (Merlin) who for the first time teams up with the Bafta award-winning writer Jon Brown (Mongrels, Fresh Meat). With this series being super-sized to 8 episodes, there is even more to look forward too!

You can also catch-up with Bafta-award-winning Lauren Socha, Nathan Stewart-Jarett, Antonia Stewart and Iwan Rheon from their very first day donning the orange jumpsuits as the Misfits Series 1-3 box-set is also released on 26th December 2011. 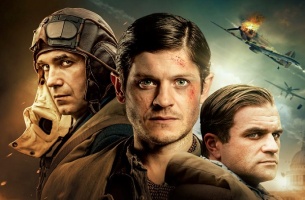 HotDVDBD
Hurricane, released on DVD and Blu-ray 22nd October 2018 from Kaleidoscope Home Entertainment, tells the incredible true story of the Polish pilots in the Battle Of Britain, fighting for their own country, above a foreign land. END_OF_DOCUMENT_TOKEN_TO_BE_REPLACED
Comments
DVD Releases News Pick

DVD
As a collection of history's worst tyrants and criminal masterminds gather to plot a war to wipe out millions, one man must race against time to stop them in The King's Man, released on DVD, Blu-ray and 4K UHD 28th February ... END_OF_DOCUMENT_TOKEN_TO_BE_REPLACED
Top PicksView