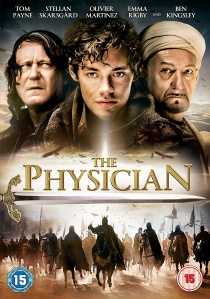 Arrow Films is pleased to announce the DVD release of drama epic The Physician based on the best-selling novel by Noah Gordon, starring Tom Payne, Stellan Skarsgård and Ben Kingsley, on 5th October 2015.

When nine-year-old Rob Cole felt the life force slipping from his mother's hand, he could not foresee that this terrifying awareness of impending death was a gift. It would lead him from the familiar life of 11th-century England to the medical school at Ispahan in Persia.

Apprenticed to an itinerant barber-surgeon (Stellan Skarsgaard), it is the dazzling surgery of a Jewish physician trained by the legendary Persian physician Avicenna (Ben Kingsley) that truly inspires him to accept his gift and to commit his life to healing by studying at Avicenna's school.

Noah Gordon's historical novel The Physician was first published in 1986 by Simon & Schuster and is the first volume of a trilogy which depicts the progress of medicine through the fictional adventures of Rob Cole, his family and his successors. The sequels are Shaman and Matters of Choice.

The Physician is considered as one of the precursors and most significant examples of the genre of the historical novel. Gordon's most successful novel to date that has sold over 21 million copies worldwide. The humanistic power of its exciting confrontation between East and West is unbroken to this day.

The Physician is a thrilling, adventurous epic between Orient and Occident, a passionate love story, an exciting homage to humanity's striving for knowledge, and a timeless appeal for tolerance and freedom. 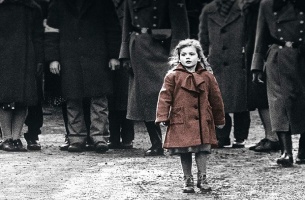 HotUHD
After moving to a new town, two brothers discover that the area is a haven for vampires as the classic The Lost Boys is released on 4K UHD 20th September 2022 from Warner Home Video. END_OF_DOCUMENT_TOKEN_TO_BE_REPLACED
Top PicksView