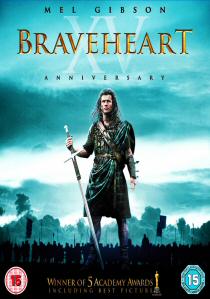 Experience the high-flying action and adventure of Mel Gibson's Braveheart like never before on Blu-ray. This must-own version boasts the film's best-ever picture quality and outstanding HD audio, with the HD master supervised by Academy Award-winning cinematographer John Toll. Twentieth Century Fox Home Entertainment is proud to present this exhilarating two-disc edition of the sweeping saga, with over 150 minutes of never-before-seen material complete with brand-new interactive content. Winner of five Oscars, including Best Picture and Best Director, Braveheart Collector's Edition on Blu-ray is released to buy on 2nd November 2009, on the eve of the film's 15th Anniversary.

Braveheart: Collector's Edition is an immersive experience with fascinating brand-new interactive content exclusive to the Blu-ray Disc, allowing viewers to go deeper into the legendary character of William Wallace. A Picture-in-Picture of William Wallace's World presents the history and locations of Wallace's life and times. This interactive feature lets viewers take a closer look at two of the Scottish Rebellion battlefields featured in Braveheart.

They will be able to see the topography and troop moments rendered in stunning high-definition 3D motion, while clicking on select hot-spots which will allow them to learn more about military strategy associated with each location. Viewers can also access Picture-In-Picture video from renowned historian Fergus Caanan as he elaborates on the importance and strategy associated with each of the sites.

Braveheart has received numerous accolades over the years and is considered a true achievement in filmmaking history. Among other awards, the film was nominated for a total of ten Oscars, winning for Best Director, Best Picture, Best Cinematography, Best Make-Up and Best Sound. It grossed over $210 million worldwide when released at cinemas, and the DVD is one of the top performing titles of all time. The film's acclaimed rousing soundtrack was composed and conducted by James Horner, who was nominated for an Oscar, BAFTA and Golden Globe.

It is the late 13th century, and William Wallace (Mel Gibson) has just returned to Scotland after living away from his homeland for many years. The King of Scotland has died without an heir, and the King of England, a ruthless pagan known as Edward the Longshanks, has seized the throne. When Wallace's wife (Catherine McCormack) is ravaged and murdered by English troops, his quest for revenge quickly turns into an impassioned fight for his country's freedom. Tales of Wallace's bravery inspire every commoner to take arms against the English and escalate their crusade into a full scale war. His bravery unites the Scottish people in this rich, emotionally charged epic filled with passion, betrayal and courage. 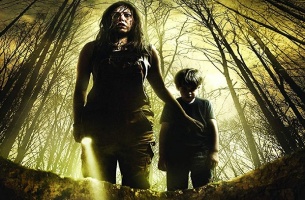 HotDVDBD
Something nasty is lurking in the forest in what might be the most frightening film of the year from a formidable first time director, as The Hole in the Ground is released on DVD 8th July 2019 from Universal Pictures (UK). END_OF_DOCUMENT_TOKEN_TO_BE_REPLACED
Comments
UHD Releases News Pick