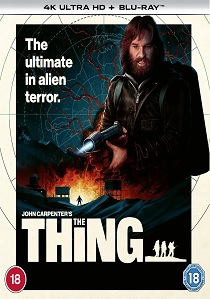 In the winter of 1982, a research team based out in the snowy wilds of Antartica find themselves beseiged by a terrifying, shape-shifting creature which has found its way into their base. When it becomes clear that the creature can take the form of any organism it so chooses, the tension within the team reaches breaking point any one of them could be... The Thing.

Critically panned at the time of its release, John Carpenter's The Thing has rightly gone on to become one of the most celebrated sci-fi horror efforts ever made which finally arrives on 4K UHD 30th September 2021 from Universal Pictures (UK).

BD
Tom Hardy returns as the lethal protector Venom, one of Marvel's greatest and most complex characters in Venom: Let There Be Carnage, available on 4K Ultra HD, Blu-ray and DVD on 3rd January 2022 from ... END_OF_DOCUMENT_TOKEN_TO_BE_REPLACED
Top PicksView 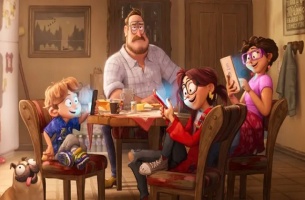 DVDBD
20/11/2021
From Phil Lord and Chris Miller, the Academy Award® winning producers of Spider-Man: Into the Spider-Verse, comes the hilarious family film The Mitchells Vs The Machines available on Blu-ray and DVD ... 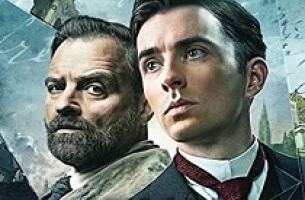 DVDBDTV
23/11/2021
The Second series of the hit BBC series Vienna Blood is released on DVD and Blu-ray 27th December 2021 from Dazzler Media.

The Many Saints of Newark