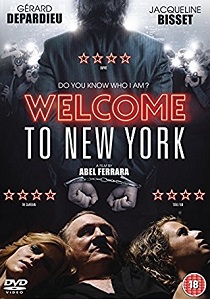 Altitude Film Distribution and Spirit Entertainment will launch Abel Ferrara's acclaimed Welcome to New York in the UK and Ireland on Blu-Ray and DVD on 20th October 2014.

Inspired by true events, Welcome to New York is the story of Mr Devereaux (Gerard Depardieu); a powerful man who controls billions of dollars every day. A man who controls the economic fate of nations. A man who dreams of saving the world and who cannot save himself. A terrified man. A lost man. Watch him fall.

Directed and co-written by Ferrara (Bad Lieutenant, King of New York), Depardieu (Mesrine, Life of PI) and Bisset (Dancing on the Edge) give powerhouse performances and the film made international headlines when the world premiere was one of Cannes Film Festival's most high profile events in May.

Rated 18, the Blu-Ray and DVD include the UK theatrical version of the film (running time 125 minutes) and the UK trailer. An alternate cut of the feature is available as a Blu-Ray exclusive. 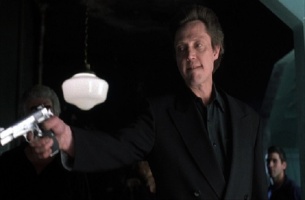 HotUHD
Just as relevant and incendiary now as it was three decades ago, King of New York returns 16th November 2020 on 4K UHD with guns blazing in this definitive special edition from Arrow Video, including a new director-approved 4K restoration. END_OF_DOCUMENT_TOKEN_TO_BE_REPLACED
Comments
DVD Releases News Pick

DVD
After more than thirty years of service as one of the Navy's top aviators, Pete 'Maverick' Mitchell is back where he belongs as Top Gun: Maverick flies onto DVD, Blu-ray and 4K UHD 31st October 2022 from Paramount Home ... END_OF_DOCUMENT_TOKEN_TO_BE_REPLACED
Top PicksView