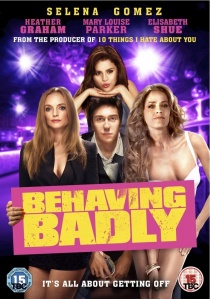 Starring Nat Wolff and Selena Gomez, based on the novel While I'm Dead... Feed the Dog by Ric Browde and from the producers of 10 Things I Hate About You, American teen comedy Behaving Badly is released on DVD by Signature Entertainment on 9th June 2014.