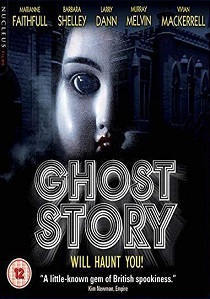 Reunited in a country mansion in 1930s England, former public schoolmates Larry Dann (The Bill), Murray Melvin (The Devils) and Vivian MacKerrell (the inspiration for Bruce Robinson's creation Withnail in his only major screen role) are visited by the spirit of former resident Marianne Faithfull (The Girl on a Motorcycle) who was wrongly incarcerated in a local asylum.

Via her demonic doll, we are transported to a surreal and sinister world of incest and murder, and her revenge on the corrupt asylum's sadistic doctor.