From the moment Zia (Patrick Fugit) cuts his wrists and enters a bizarre afterlife reserved for suicides, Wristcutters, released on DVD by Liberation Entertainment, transforms into a strangely uplifting, darkly comic tale about a journey through the hereafter. This is a world where Zia searches for his long lost love with newfound friends who form an uncommon bond in their quest for happiness.

Wristcutters - A Love Story provides entry into a quirky universe that's both strangely familiar and full of surprises. It's an afterlife of menial jobs, dingy bars, bad transportation and old jukeboxes. After arriving to the afterlife - Zia (Fugit) an aimless but amiable young man, lands a job at Kamikaze Pizzeria and learns that things are not so different from his previous life, just a little bit worse.

Things look up when Zia discovers that his dream girl, Desiree (Leslie Bibb), has also committed suicide. As he takes a journey to find the love of his life, Zia discovers two friends - the clever, oddly charming Russian rocker (Shea Whigham) and a sexy intelligent ingénue (Shannyn Sossamon) who is determined to prove she is in the after-life by a cruel mistake. Together, in a rickety orange station wagon held together by masking tape - this impromptu family hits the road-only to meet up with wonderful Kneller (the multi-talented Tom Waits) who shepherds them through the ultimate version of Utopia.

Filled with unexpected miracles and absurdist humor, Wristcutters - A Love Story celebrates how precious and unexpected one's life truly is. 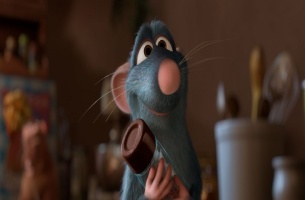 HotUHD
Pixar Animation Studios serves up a breakthrough comedy with something for everyone as Ratatouille arrives for the first time on 4K Ultra HD 26th July 2021, exclusive to Zavvi. END_OF_DOCUMENT_TOKEN_TO_BE_REPLACED
Comments
Hot Pick