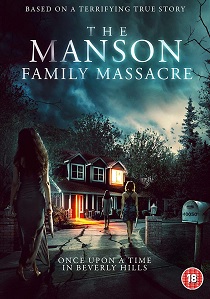 The tale begins on the night of August 8th 1969, when one of the most brutal and shocking murders takes place on the notorious Cielo Drive. Actress Sharon Tate and several of her close friends are mercilessly tortured and gruesomely butchered to death by the cult, The Manson Family, as ordered by the inhuman, and now infamous Charles Manson.

Just over 20 years on, rock singer Margot Lavigne moves into the same haunted house to record her new album. However, things take a terrifying turn as life soon becomes as hellish nightmare, as she learns the true barbarous nature of The Manson Family. To escape a similar tragic end, Margot must figure out a way to put the ghosts of the hideous past to rest, once and for all.

HotDVDBDDIGITAL
With stunning revelations, glamorous journeys, and the arrival of the Jazz Age, Downton Abbey: A New Era, released on DVD and Blu-ray 15th August 2022 from Warner Home Video, will be the Crawleys' biggest adventure yet as they grapple with their future and new intrigue about ... END_OF_DOCUMENT_TOKEN_TO_BE_REPLACED
Top PicksView