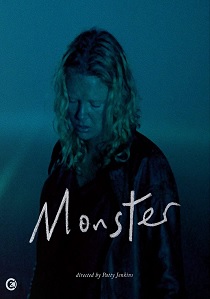 Charlize Theron gives a tour-de-force performance as America's first female serial killer Aileen Wuornos in Monster (2003), from director Patty Jenkins (Wonder Woman), that earned her accolades galore, including the prestigious best actress Oscar® in 2004. Now almost 20 years on from its original, lauded theatrical release, the film is set for the Limited Edition treatment from Second Sight Films on 15th August 2022..

Based on true events, this darkly chilling, gripping drama will be released on Blu-ray in a stunning Limited Edition Box set, presented in a rigid slipcase, with new artwork by Daniel Benneworth-Gray. It comes with a soft-cover book, featuring brand new essays and a host of special features; from brand new interviews to archive commentaries that take you behind the scenes and into the mind of a real-life Monster.

Aileen Wuornos (Charlize Theron - Mad Max Fury Road, Bomb Shell) has had it tough, but when the down-on-her-luck sex worker moves to Florida she unexpectedly finds love and is determined to get her life back on track.

Befriending Selby Wall (Christina Ricci - Buffalo '66, Yellow Jackets), a sweet but reserved young woman, a romance soon blossoms. But things take a dark turn when a john tries to assault Aileen. She fights back and kills him and decides it's time to give up the game.

But Aileen quickly discovers going straight isn't that easy and is sucked back into a world of violent crime that escalates from petty theft to serial murder. As more and more men turn up dead, Selby starts to suspect the woman closest to her is responsible. 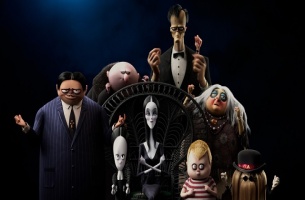 BD
An expert cutter must outwit a dangerous group of mobsters in order to survive a fateful night in The Outfit, released 1st August 2022 on DVD, Blu-ray and 4K UHD from Dazzler Media. END_OF_DOCUMENT_TOKEN_TO_BE_REPLACED
Top PicksView