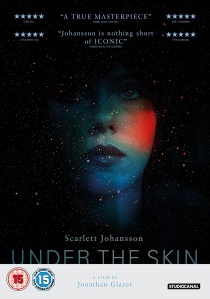 NewsScience FictionFantasy
News Article Go back to homepage
StudioCanal is thrilled to announce the home entertainment release of one of the films of the year, as Under the Skin arrives on Blu-ray and DVD on 14th July 2014.
D. Meade, Kevin McAlinden, Dougie McConnell, Lynsey Taylor Mackay, Jeremy McWilliams, Scarlett Johansson
Jonathan Glazer
Walter Campbell, Claudia Bluemhuber, Gillian Berrie, Reno Antoniades
StudioCanal
1 hour 48 minutes
14/07/2014
#UnderTheSkin
Thank you for supporting DVD365.net when you order using the link(s) below. As an Amazon Associate we earn from qualifying purchases
Buy DVD
Buy BD
Information

StudioCanal is thrilled to announce the home entertainment release of one of the films of the year, as Under the Skin arrives on digital platforms on 7th July 2014 and on Blu-ray and DVD on 14th July 2014.

Directed by acclaimed filmmaker Jonathan Glazer (Sexy Beast, Birth), Under the Skin features an absolutely mesmerising performance from Scarlett Johansson (Her, Don Jon) as a seductive alien preying upon hitchhikers in Scotland.

Adapted from Michael Faber's novel of the same name, Under the Skin has undergone a decade-long transition from page to screen, with performances heightened in the finished film by Glazer's singular decision to shoot many of Johansson's scenes as unscripted conversations with non-actors, using hidden cameras. Johansson's revealing performance excitingly displays a further willingness to not only bare her own skin, but to deviate from convention as her character battles with burgeoning emotions in a world filled with feeling. Unsure as to why she acts the way she does, the conflicted emotion she gradually feels for her victims endangers her own existence.

Tinged with unnerving mysticism, Under the Skin has rightly been touted as a masterpiece by many and will work its way under your very own flesh to remain in the memory long after the credits roll. 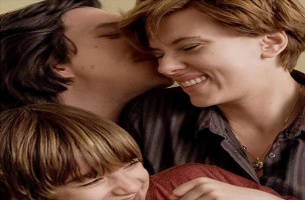