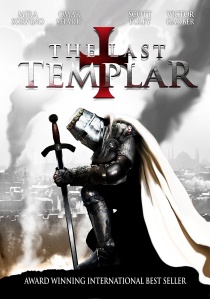 During the gala opening of an exhibition of rare Vatican treasures at New York's Metropolitan Museum, four horsemen dressed as Templar Knights storm the building and ransack the displays before making off with several of the exhibition pieces. Among the guests who witness the theft is archaeologist Tess Chaykin, who manages to chase down one of the thieves and recover a valuable crucifix, originally found by her late father. The captured criminal is turned over to FBI agent Sean Daley (Scott Foley), but when he and several other suspects in the case wind up dead, Daley's suspicions turn towards Tess. Realising that one of the items stolen in the raid was an ancient, geared 'decoder' device, Tess has begun her own investigations into the crime, which she believes is part of something much bigger.

As the relevance and importance of the stolen device becomes more apparent, both Tess and Daley are drawn into a dark conspiracy involving the Vatican, an old colleague of Tess' dead father and the secret history of the crusading Knights. As they search for the answer to the mystery, their adventure leads them from the sewers of Manhattan, across the volcanic highland deserts of Turkey and eventually into a violent storm in the middle of the Mediterranean. Along the way, Tess and Daley uncover several clues that will help them unravel a 2,000-year-old secret that could change the course of history. Raiders Of The Lost Ark meets The Da Vinci Code in The Last Templar, a suspenseful globe-hopping adventure romp-cum-conspiracy thriller that will keep viewers enthralled from its action-packed opening to its final revelatory twist.