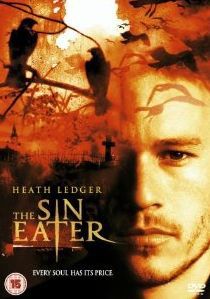 Father Alex Bernier and Father Thomas Garrett are Carolingian priests, a renegade order of Catholic priests which exist within the church, who fight demons and other spirits around the world. When Cardinal Driscoll travels to New York to inform Alex that his mentor Father Dominic has died in suspicious circumstances the priests travel to the Vatican City to investigate. Father Alex is also joined by the troubled Mara Sinclair, a young woman who was committed after attempting to kill him during an exorcism, and whom he is madly in love with. But thanks to his vows, both Alex and Mara can doing nothing about it.

Upon starting their investigations at Father Dominic's home, Father Alex discovers some ancient writing where the body was found along with strange marks on Dominic's chest. Alex suspects that he's seen the markings before and visits a librarian who specialises in ancient text. It is there he discovers that Father Dominic has been murdered by 'The Sin Eater', an immortal being who, according to legend, operates outside of the church and absolves the sins of others in order to grant them access to eternal life upon their death. Now Father Alex knows what to look for, Alex and Thomas venture into a strange underground world in order to find The Sin Eater's identity and how to kill him. But when the pair finally meet, Alex realises that The Sin Eater is not as evil as he'd first thought, and their meeting was not by pure chance.

The picture is what a supernatural style thriller should be. It is dark and sinister with few bright colours but it still manages to be remain sharp and precise throughout with good black levels and no signs of outlining or artifacting. But when the storyline called for brighter and more colourful scenes the excellent transfer obliged with some rich and diverse colours and textures. The bit-rate remains high throughout and the print is clean with only a few dust scratches and other slight imperfections evident.

One of the problems with a good transfer is that CGI effects can look extremely unrealistic. Whilst the ghosts and various supernatural creatures do look rather obvious, and have an uncanny look of sentinels from The Matrix about them, the exterior and interior sets look remarkably realistic and, unless you are familiar with the Vatican City, only by listening to the audio commentary will you actually learn which scenes have been created or enhanced by computer.

The Sin Eater has a surprisingly impressive 448Kbps Dolby Digital soundtrack along with a 768Kbps DTS soundtrack. This is made all the more surprising when you consider that the region one edition of the film only contains the Dolby Digital. Both soundtracks offer some excellent separation in the front channels along with good stereo steerage and clear and precise dialogue in the centre channel. There's also some good use of the surround channels for the ambient effects along with the creepy musical score whilst the LFE channel manages the occasional, but not over baring, rumble.

Sound highlights include the usual trusty weather effects along with a choir singing in a church which will send shivers down your spine. But yet again, the superior separation of the DTS soundtrack ensures that it is the soundtrack of choice with the surround channels taking on an extra dimension. This is easily proved by listening to the dramatic closing scenes in first Dolby Digital then the DTS. If you ever needed convincing of a difference between the two sound formats then you'll find it here.

The menu system is in keeping with the films genre with a rather creepy animated menu and score. Although there are not many menus to explore each one is scored and once a selection has been made the next menu appears with a nice cross fade. The extras are little on the sparse side, but what is offered is reasonable enough and adds some much needed value to the package.

The main, and perhaps the only real extra of substance, is the reasonably interesting feature length commentary by director Brian Helgeland. He provides some useful information about the locations and how he cheated by using the helping hand of CGI whenever additional scenes in and around the Vatican were required. And to be honest, had he not mentioned this I would have never of known that the wonders of CGI had been used quite to this extent. Who says the camera never lies?

Rounding things off are seven Deleted Scenes with an optional Audio Commentary from director Brian Helgeland. He explains why the scenes were removed, mainly for pacing purposes, and when you consider that at times the pace of the film runs at a snails pace they were a welcome removal. For a film that put in such as poor showing at the box office you would have thought a few additional extras may have been more forthcoming, even a theatrical trailer is missing. However, when you consider the quality of the picture transfer, and the two excellent audio tracks, there may well of been no spare space.

Whilst I love a good old religious thriller with supernatural undertones along the lines of End of Days or Stigmata, The Sin Eater is just plain confusing with storyline that meanders along with no particular pace until the final half hour when somebody finally remembered they had to come up with a story. It is only then that you realise the director has attempted to be far too clever with the viewer, but ultimately only managed to either sent them to sleep or bore them rigid. It all ended up looking like a very expensive, and rather substandard, episode of The X-Files but without Mulder and Scully.

It's a shame really, as if you do manage to make it through to the final half hour of the film you're in for a roller coaster of a ride with a great twist in the tale. It even leaves room for a sequel, although its dire box office takings will put a stop to that. It may not be a title to rush out and buy, but with a good soundtrack and audio commentary from the director it could just be worth while a rental. Just remember to stick with it until the bitter end.

UHD
Based on the global blockbuster videogame franchise from Sega, Sonic The Hedgehog, released on DVD, Blu-ray and 4K UHD from 8th June 2020 from Paramount Home Entertainment, tells the story of the ... END_OF_DOCUMENT_TOKEN_TO_BE_REPLACED
Latest ReviewsView