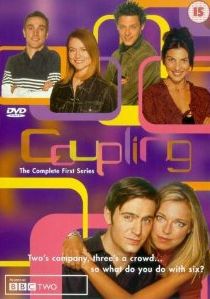 Susan Walker is pretty, sexy and shameless go-getter who is unafraid to bare a breast or two whenever needed. In fact her uninhibited attitudes towards sex and relationships in general often catches the people around her by surprise. She's certainly everyman's dream date.

Jeff Murdock has plenty of sexual advice for everyone and how to deal with the opposite sex. Trouble is, he hasn't had too much practical experience in the matter himself and when he meets a beautiful woman in the bar he finally thinks he's onto a winner. Unfortunately, she doesn't speak a word of English.

Jane Christie is every mans nightmare. She's self obsessed and utterly manipulative. In fact poor old Steve has been attempting to dump her for ages, but she just won't accept that they've split up. However, as Steve finally thinks he's managed to get away from her evil clutches they end up having a very noisy reconciliation in the ladies' toilet of a local restaurant.

Sally Harper is beauty therapist who is utterly obsessed with defying the effects of ageing and is convinced her bottom is secretly growing when she's not looking. However she has to enter the lair of the enemy as she goes to Jane's aunts' funeral where she meets old wrinkly people who, she fears will reflate if they touch her and draw all the moisturiser from her skin.

Patrick Maitland has a very fixed outlook on life, obsessed with sex and not so much with relationships. As summed up by the question q: 'What do you call friends who you don't want to sleep with' a: 'Men'. He ends up in hot water when he gets caught making sure his long string of past partners are recorded for prosperity. Oh, and girls, Patrick is a lucky man, a very lucky man indeed.

Steve Davenport is basically a nice ordinary man; unfortunately for him he is friends with the above characters and can't help but be caught up in the mayhem which follows his friends ideas and actions. However all his situations aren't everyone else's fault, he should be more careful where he keeps his more adult videos.

The picture is reasonable enough with a fair amount of colour and detail. The bit-rate remains around average and there's no real signs of artifacting or outlining. However, the picture can be quite grainy at times but it still far superior to anything that video could offer.

With this being a television series, and a BBC production at that, there is little scope for a dynamic soundtrack. This is what we here, with little or nothing to get you excited. Whilst the dialogue is clear enough it can become a little muddled and lost at times. Mind you, what else would you expect from a low budget comedy series? Let's just hope now that the series has established itself the later series are an improvement.

If you like Friends then you are sure to like this comedy series. If anything, you may actually prefer it as the comedy is much fresher and more appropriate to the British audience. What's even more remarkable about Coupling is the fact that the BBC has managed to create a comedy series that is actually funny.

The only minor down side to the series would be that it is far too short. This can only be put down to budget restraints and the fact that BBC can't match to spending power of the big American television companies. Even with the total lack of extras, Coupling is still well worth investigating.