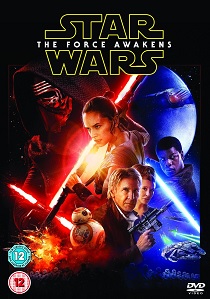 Star Wars: The Force Awakens is calling to you. And you can let it in this April as it arrives on DVD and Blu-ray, with Limited Edition Dark or Light Side Artwork sleeving, on 18th April 2016 courtesy of Walt Disney Studios Home Entertainment.

Visionary director J.J. Abrams brings to life the motion picture event of a generation. As Kylo Ren and the sinister First Order rise from the ashes of the Empire, Luke Skywalker is missing when the galaxy needs him most. It's up to Rey, a desert scavenger, and Finn, a defecting stormtrooper, to join forces with Han Solo and Chewbacca in a desperate search for the one hope of restoring peace to the galaxy.

The film shattered box office records upon its debut, eventually grossing over $926 million domestic and $2.05 billion worldwide. Featuring new heroes and villains, along with classic characters, thrilling action, and a heartfelt story, Star Wars: The Force Awakens connected with fans and deepened the mythology of Star Wars.

Packaged with the film is a galaxy of bonus content that will take fans inside the making of Star Wars: The Force Awakens, including an in-depth documentary, featurettes, and more. Secrets will be revealed through extensive footage, never-before-seen deleted scenes, and exclusive interviews with the actors and filmmakers. 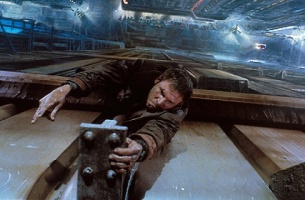 HotUHD
Widely accepted as one of the most important science-fiction movies of the 20th Century, directed by Sir Ridley Scott and starring Harrison Ford, to celebrate the 35th anniversary of the sci-fi classic, Blade Runner: The Final Cut will be released by Warner Home Video on 4K ... END_OF_DOCUMENT_TOKEN_TO_BE_REPLACED
Comments
Hot Pick