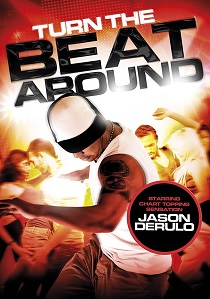 Get ready to kick in the New Year with some new and improved inspiring disco dancing, as the MTV original movie Turn the Beat Around spins onto DVD on 21st February 2011 from Anchor Bay Entertainment

Set in the competitive LA dance scene, Zoe (D'Ugo), a struggling young dancer gets the opportunity to fulfill her professional dreams when she convinces Michael (David Giuntoli, Eli Stone), a wealthy club owner, to open a modern disco club where young people meet and connect through dance. The club pumps out classic disco beats updated with a modern sound celebrated through breathtaking contemporary dance moves. Both on and off the dance floor, Zoe's personal and professional life collides and she finds herself caught between Michael, her dancer boyfriend Chris (Adam T. Brooks, 90210) and Malika (Brooklyn Sudano, Rain, Wife and Kids) the sexy, overly ambitious choreographer she might be about to replace.

The film features some amazing dance moves and plays along to a bad-ass soundtrack that features tunes from Jason Derulo, B.O.B, Cobra Starship plus many more! Since February 2010, Derulo has had combined record sales of 1.5 million units in the UK alone, with his debut album having gone 2 x Gold (207K units).

If you're a lover of Hip-Hop, R'n'B and Dance music as well as the street-dance movie phenomenon then this is definitely one for your DVD collection.

UHD
Tom Hardy returns as the lethal protector Venom, one of Marvel's greatest and most complex characters in Venom: Let There Be Carnage, available on 4K Ultra HD, Blu-ray and DVD on 3rd January 2022 from Sony Pictures Home ... END_OF_DOCUMENT_TOKEN_TO_BE_REPLACED
Top PicksView