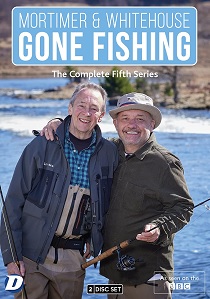 Across the half-hour episodes they dissect life, death and comedy. Paul is in charge of the fishing while Bob is in charge of the accommodation and cooking heart-healthy food. From recipes, regrets, relationships and rituals; to childhood, comedy and the countryside, the pair discuss everything alongside the ever-present shadows of showbiz and mortality.

HotDVDBD
King Of Thieves, released 21st January 2019 on DVD and Blu-ray from StudioCanal, is the incredible true story of the spectacular Hatton Garden diamond heist, the biggest and most daring in British history. END_OF_DOCUMENT_TOKEN_TO_BE_REPLACED
Comments
BD Releases News Pick