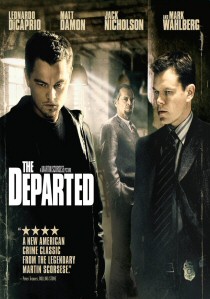 News
News Article Go back to homepage
Entertainment In Video signals its support for the Blu-Ray® high definition format with the 13th August 2007 release of seven blockbuster titles - Gangs Of New York, Phantom Of The Opera, Million Dollar Baby, Brokeback Mountain, The Departed, The Crow and Lucky Number Slevin
Entertainment In Video
Unknown
13/08/2007
Thank you for supporting DVD365.net when you order using the link(s) below. As an Amazon Associate we earn from qualifying purchases
Buy BD
Information

30 years in the making, Martin Scorsese's Academy Award-winning epic is set in the turbulent Five Points area of New York in the mid nineteenth century. Leonardo DiCaprio plays Amsterdam Vallon, out to avenge the death of his father (Liam Neeson) at the hands of Daniel Day-Lewis' fearsome Bill the Butcher. Amsterdam succeeds in integrating himself into Bill's corrupt inner circle, which is now running the entire underworld around Five Points, and even becomes his right-hand man. However, his identity is eventually revealed and a bloody showdown ensues.

Phantom Of The Opera

Joel Schumacher directs this lavish big screen adaptation of Andrew Lloyd Webber's musical. A voice calls from the shadows of the opera house to innocent chorus girl Christine Daae (Emmy Rossum). Only ballet mistress Madame Giry (Miranda Richardson) knows that the voice is that of the Phantom (Gerard Butler), a disfigured musical genius who haunts the catacombs of the theatre.

When temperamental diva La Carlotta (Minnie Driver) storms out, Christine is thrust into the spotlight. Her mesmerising performance captivates both the audience and the Phantom. But he is not the only powerful man to be awed by the young soprano, as Christine finds herself courted by the theatre's wealthy patron, the Vicompte Raoul de Chagny (Patrick Wilson). Raoul's actions enrage the Phantom, setting the stage for a dramatic climax.

Clint Eastwood's masterpiece was the deserved winner of no less than four Oscars for Best Director, Best Picture, Best Actress and Best Supporting Actor. Painfully estranged from his daughter, former boxing manager Frankie Dunn (Eastwood) spends his twilight years running a small, dilapidated gym in downtown LA. Frankie's previous career was blighted by an injury to one of his prize-fighters, Scrap (Morgan Freeman), who now works as a cleaner at the gym.

Terrified that history will repeat itself, Frankie lets a succession of great boxers slip through his fingers. Then would-be pugilist Maggie Fitzgerald (Hilary Swank) walks into the gym. The two find in each other a sense of family they lost long ago. What they don't realise is that they are about to face a battle that is going to demand more courage than they could ever have imagined.

Ang Lee directs this triple Academy Award winner, an epic|American love story set against the sweeping vistas of Wyoming and Texas. Starring Jake Gyllenhaal and Heath Ledger, the film tells the story of two young men - a ranch-hand and a rodeo cowboy - who meet in the summer of 1963, and unexpectedly forge a lifelong connection, one whose complications, joys, and tragedies provide a testament to the endurance and power of love.

Legendary director Martin Scorsese picked up the best director Oscar for this mesmerising crime thriller. The Massachusetts State Police Department in South Boston is waging an all-out war against the city's top organised crime ring. The key is to end the reign of powerful mob boss Frank Costello (Jack Nicholson) from the inside, a task that is assigned to young rookie Bill Costigan (Leonardo DiCaprio).

While Billy is working to gain Costello's trust, another young cop, Colin Sullivan (Matt Damon), is quickly rising through the ranks of the state police. Earning a spot in the Special Investigations Unit, Colin is among a handful of elite officers whose mission is to bring Costello down. But what his superiors don't know is that Colin is working for Costello, keeping the crime boss one step ahead of the police.

The Crow set the standard for dark and violent comic-book movies, but it will forever be remembered as the film during which star Brandon Lee (son of martial arts legend Bruce Lee) was accidentally killed on the set by a loaded gun.

Devil's Night is for rock star Eric Draven and his girlfriend Shelley, the night they meet their brutal demise at the hands of the inner city's most notorious characters. Exactly a year later, Eric is brought back to life and granted the powers of superhuman strength and vision in order that he may seek vengeance on those who killed him - all under the watchful eye of a mysterious crow. One by one Eric seeks out the gang, who are out for another evening of mayhem and violence, unaware of the fate that awaits them.

A case of mistaken identity lands Slevin (Josh Hartnett) in the middle of a war being plotted by two of the city's most infamous crime bosses, The Rabbi (Ben Kingsley) and The Boss (Morgan Freeman). Slevin is under constant surveillance by relentless Detective Brikowski (Stanley Tucci) as well as the infamous assassin Goodkat (Bruce Willis) and finds himself having to|hatch his own ingenious plot to get them before they get him.