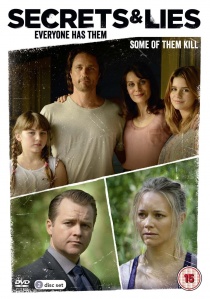 One decision, one night, one road taken, one wrong turning. It doesn't take much to change the rest of your life - but by the time you realise that, it's far too late.

Secret & Lies is the brand new taut psychological drama from Australia that has taken audiences by storm. Slated for a US remake starring Ryan Philippe, RLJ Entertainment is delighted to announce its UK DVD release on 3rd November 2014 following transmission on Channel 5.

Ben Gundelach (Martin Henderson - Off The Map) is taking his usual morning jog on the bush track when he discovers the brutally murdered body of his neighbour's four-year-old son. It sets off a chain of events that will tear him apart, devastate his family, rock a community and punish the guilty and innocent without reason.

As homicide detective Ian Cornielle (Anthony Hayes - The Slap) begins his investigation, and the cameras of the press begin invading their lives, they start squeezing the life out of Ben Gundelach, leaving him shocked, confused and very much accused. 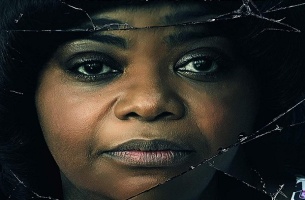 HotDVD
In Ma, released on DVD 14th October 2019 from Universal Pictures (UK), a lonely woman befriends a group of teenagers and decides to let them party at her house. END_OF_DOCUMENT_TOKEN_TO_BE_REPLACED
Comments
UHD Releases News Pick

UHD
A stellar cast sizzles in Heat, a taut psychological drama about an obsessive detective and a brilliant thief whose fates are linked in the aftermath of a high-stakes securities heist, released on 4K UHD 8th August 2022 from ... END_OF_DOCUMENT_TOKEN_TO_BE_REPLACED
Top PicksView