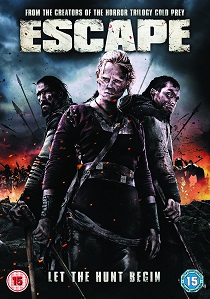 Fighting for survival against brutal warriors in a disease-ridden medieval world, marrying the best of The Hunger Games and Mad Max, the director and star of the critically acclaimed Cold Prey team up once again for the thrilling, action-packed adventure Escape, available on DVD from 29th July 2013, courtesy of Entertainment One.

Ten years after the Black Plague ravaged their country, a poor family sets out on a journey for a new home. On a remote mountain pass, they are attacked by a band of merciless killers led by the vicious Dagmar (Ingrid Bolsø Berdal) and the only one spared is young Signe (Isabel Christine Andreasen), who is taken hostage. At the gang's camp she meets fellow kidnap victim Frigg (Milla Olin) and learns that a terrible fate awaits her. There is nothing for it but to escape, but Dagmar will not let Signe go that easily.

Related Articles
Tomb Raider, The Wave, Mammon
Blinded: Those Who Kill
For your consideration 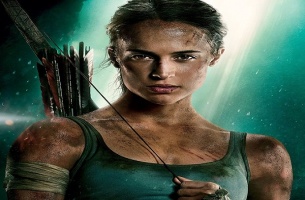 UHD
The end of the line is only the beginning in a wild, non-stop thrill ride through modern-day Japan as Bullet Train is released on DVD, Blu-ray and 4K UHD 24th October 2022 from Sony Pictures Home Entertainment END_OF_DOCUMENT_TOKEN_TO_BE_REPLACED
Top PicksView