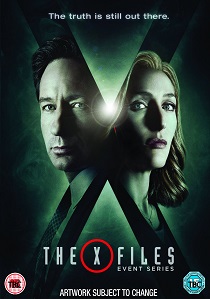 Thirteen years after the original series run, the next mind-bending chapter of The X-Files, released on DVD and Blu-ray by Twentieth Century Fox Home Entertainment on 13th June 2016, is a thrilling, six-episode event series from creator/executive producer Chris Carter, with stars David Duchovny and Gillian Anderson re-inhabiting their roles as iconic FBI Agents Fox Mulder and Dana Scully.

Mitch Pileggi also returns as FBI Assistant Director Walter Skinner - Mulder and Scully's boss - who walks a fine line between loyalty to these investigators and accountability to his superiors. This marks the momentous return of the Emmy and Golden Globe Award-winning pop culture phenomenon, which remains one of the longest-running sci-fi series in network television history.

The event series encompasses a mixture of stand-alone episodes and those that further the original show's seminal mythology. In the opening episode, Mulder and Scully take on a case of a possible alien abductee. The all-new episodes feature appearances by guest stars including Joel McHale (Community), Robbie Amell (The Flash), Lauren Ambrose (Six Feet Under), Annabeth Gish (The Bridge), Annet Mahendru (The Americans), Rhys Darby (Flight of the Conchords), Kumail Nanjiani (Silicon Valley) and William B. Davis, who reprises his role as "Cigarette Smoking Man." Three of the episodes are written and directed by Chris Carter, with the remaining new episodes written and directed by original series veterans Glen Morgan, Darin Morgan and James Wong.

The X-Files originally premiered in September 1993. Over the course of its nine-season run, the influential series went from breakout sci-fi favourite to massive global hit, and became one of the most successful television dramas of all time. The show, which earned 16 Emmy Awards, five Golden Globes and a Peabody Award, follows FBI special agents Scully (Anderson) and Mulder (Duchovny), as they investigate unexplained cases - "X-Files" - for which the only answers involve paranormal phenomena. 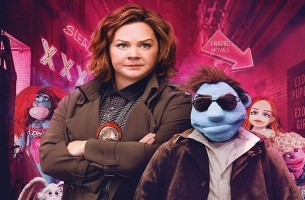 HotDVD
Discover what happens on the other side of the street in the outrageous comedy, The Happytime Murders arriving on DVD 26th December 2018 from Universal Pictures (UK). END_OF_DOCUMENT_TOKEN_TO_BE_REPLACED
Comments
Hot Pick

HotDVDTV
Featuring every episode of the entire series in an 8-disc box set, the hilarious BBC comedy Keeping Up Appearances is released on DVD 28th November 2022 ... END_OF_DOCUMENT_TOKEN_TO_BE_REPLACED
Top PicksView