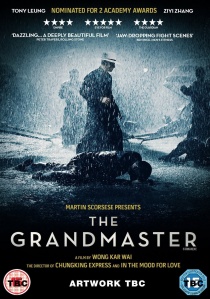 The Grandmaster, the highly-anticipated film by acclaimed director Wong Kar Wai, will is released on DVD and Blu-Ray by Metrodome on 30th March 2015. Six years in the planning and three years in the making, The Grandmaster is an epic action feature inspired by the life and times of the legendary kung fu master, Ip Man. The story spans the tumultuous Republican era that followed the fall of China's last dynasty, a time of chaos, division and war that was also the golden age of Chinese martial arts.

Nominated for two Academy Awards, for Cinematography and Costume Design, The Grandmaster features virtuoso performances from those at the film's heart: Wong regular, Tony Leung, Ziyi Zhang (Crouching Tiger, Hidden Dragon, House of Flying Daggers, Hero) and Chang Chen (Happy Together, 2046). It was filmed in a range of stunning locations that include the snow-swept landscapes of north east China and the subtropical south.

With The Grandmaster, Wong Kar Wai has made a kung fu film like no other. Years of research and a virtual battalion of martial arts trainers on set ensured that The Grandmaster portrays both the Chinese martial arts and the world of the martial artists with unprecedented authenticity: the fight scenes were choreographed by Yuen Wo Ping, renowned for his work on films including The Matrix, Kill Bill and Crouching Tiger, Hidden Dragon; and the trio of lead actors completed several years of rigorous and challenging kung fu training for their roles. 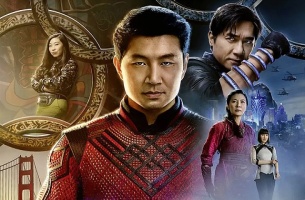 HotDVDBDUHD
Marvel Studios' Shang-Chi and The Legend of The Ten Rings, released on DVD, Blu-ray and 4K UHD 15th November 2021 from Walt Disney Home Entertainment, stars Simu Liu as Shang-Chi, who must confront the past he thought he left behind when he is ... END_OF_DOCUMENT_TOKEN_TO_BE_REPLACED
Comments
Hot Pick