Fast forward to the 1980s as Wonder Woman's next big screen adventure finds her facing a wide array of foes including Max Lord and The Cheetah as Wonder Woman 1984 flies in on Blu-ray and 4K UHD 22nd March 2021 from Warner Home Video.

With director Patty Jenkins back at the helm and Gal Gadot returning in the title role, Wonder Woman 1984 is Warner Bros. Pictures' follow up to the DC Super Hero's first outing, 2017's record-breaking Wonder Woman, which took in $822 million at the worldwide box office. The film also stars Chris Pine as Steve Trevor, Kristen Wiig as The Cheetah, Pedro Pascal as Max Lord, Robin Wright as Antiope, and Connie Nielsen as Hippolyta.

The music is by Oscar-winning composer Hans Zimmer (Dunkirk, The Lion King). 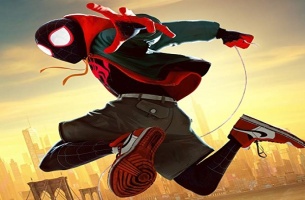 Spider-Man: Into The Spider-Verse

HotDVDBDUHD
Phil Lord and Christopher Miller, the creative minds behind The Lego Movie and 21 Jump Street, bring their unique sensibilities to a fresh version of a different Spider-Man Universe with Spider-Man: Into the Spider-Verse, released on DVD, Blu-ray and 4K UHD 22nd ... END_OF_DOCUMENT_TOKEN_TO_BE_REPLACED
Comments
Hot Pick

HotDVDBD
An impending apocalypse raises the stakes and shatters the boundaries of time and space in Marvel's Agents of S.H.I.E.L.D. - The Complete Fifth Season, arriving on DVD and Blu-ray 1st ... END_OF_DOCUMENT_TOKEN_TO_BE_REPLACED
Top PicksView